Poor old Tilly has been in the wars this week. Yesterday she went into the vets' for an operation to drain fluid in her leg. However on closer examination they found a growth in there which they have now removed. She came home this morning. 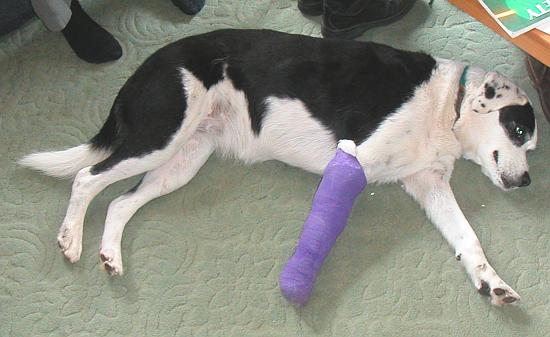 Looking very sorry for herself

Beth tells me (I was up at Ely having my brain looked at) that she did manage to walk home from the vet, on 3.5 legs and very slowly, and she is now lying near me feeling sorry for herself. She's back to the vet on Thursday to change the bandage. 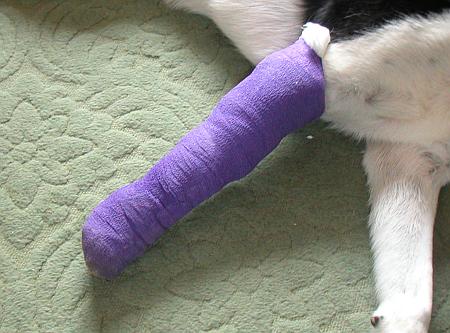 Meanwhile we're keeping her fingers crossed while the lump is at the pathology lab. It may be a benign lump, but the vibes we were getting from the vet were not very positive so our fingers are all firmly crossed.

Update 28/10/03: the path lab reported that the lump was cancerous. Not a cancer that generally gives rise to secondaries, but one which is hard to remove completely. After some dithering the plan is to leave it for now and then go back in sometime later to remove as much as possible again. Then in a later round the leg will probably have to come off.