I've long been of the opinion that people shouldn't be allowed any near Windows PC and yesterday's posting illustrates one of the (many) reasons why: it's far, far too easy to game people into getting their PC infected and/or abused.

In the past there were only two other games in town. Apple, which is very nice and intuitive as far as I can make out, but expensive and Linux, which nerds like us choose but does require you to put some effort in both to get it onto the hardware you require and to get what you want and leaves you struggling if you want to hook up to bleeding edge hardware or nice software. It's a lot easier than it was but it's still a hard sell and I've long since given up trying. 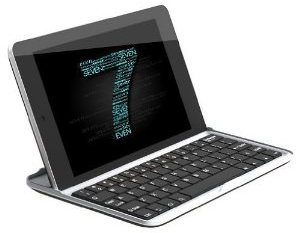 But times have moved on and there's now two new players in the form of Android and Apple tablets and I suspect for a lot of users these can now offer them everything they need. So the high end gamer or the serious PhotoShopper or someone doing a lot of WP still needs a PC but for interacting on the Net a tablet is great. And for basic WP it's more than adequate. You can even create your documents in the cloud1 with Google Drive.

Get a Net connected printer and you can even print from it2.

There's tablets with proper keyboards, and add on keyboards. There's even the Google Chromebook for only £199 if you really want to sell your soul to the devil and get a real little laptop.

And, thus far at least, these devices seem to be far less problem ridden than Windows PCs ...