My trusty old HP Laserjet HP2550L colour laser printer's drum is finally showing signs of coming to the end of its life. I've had this printer since I had a proper job before my stroke in 2002 so it's lasted me a long time and I'm pretty certain that this is the original drum so, as you can tell, it's only ever had light use. 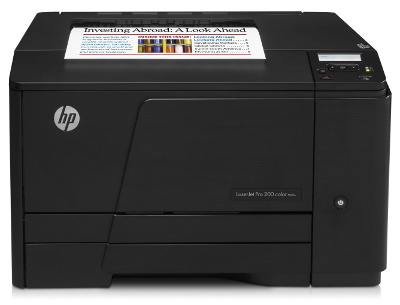 My first thought was to get a new drum but these are £119.48 from Amazon, plus the yellow cartridge is about to run out and they're £106.01 for an original (although you can get re-manufactured ones of of those for about £20).

I've always like HP printers. I've had several, they've always had good Linux support and the reviews suggested that this one did too.

On top of that I spotted that Amazon Warehouse had one "second hand" for £53.33. The description said it had "minor scratches". So I took a punt and bought it.

It came yesterday evening. Today I plugged it in. All seemed fine. The page count when I did a configuration print was zero so either they had reset that somehow or else it had never been used - I strongly suspect the latter as the cartridges still had the transport tape in when it arrived. This seemed like an odd definition of "second hand": all that seemed to have happened to it that was that someone had open the box.

Anyway we used the USB interface on the 2550L so I used USB again on the M251n. Two minutes tweaking CUPS to change the printer connection, no need to change the driver, and ... tada, it burst into life.

So, respect to HP for producing a printer which still supports PCL5 a decade and a half or more later and also to Amazon Warehouse for not selling me a dud.

And if you're looking for a very reasonably priced colour laser printer this one's looking good so far, even for £113.32 ...