It's been one of those weeks. It started with us noticing that the central heating pump was running even when both hot water and central heating were off. So I phoned our tame plumber ... who was in Germany. But luckily he was about to fly home so he promised he'd pop around.

This wasn't the end of the world. I programmed my watch to alert me whenever we'd set the controller to turn on or off hot water and central heating and I then simply turned the boiler on or off at the wall. Although this did mean me getting up at 6am, scurrying downstairs to power it up, and then going back to bed while I waited for the house to warm up but at least we had hot water and central heating.

He turned up again on Thursday and replaced it. All fine and dandy, other than the £220 bill, and he left us with a working system ...

... until the boiler started pissing out hot water. Turns out that the expansion vessel had decided to crack, presumably from experiencing a complete drain down and refill so it was stressed a little more than normal and tipped over the edge (the boiler is 11 years old so this is not unusual allegedly). 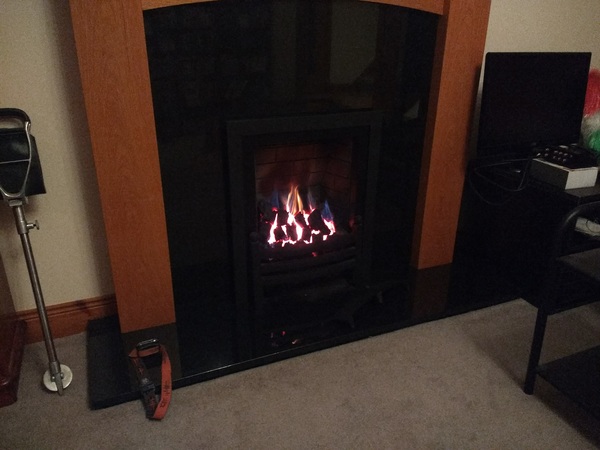 We now had no heating or hot water while Storm Caroline was still having its fun and we finally fired up the gas fire in the sitting room for the first time which, thankfully, threw out lots of heat so at least one room was warm and some spread around the house.

It was still bloody cold though and Thursday night we slept under two duvets while it snowed outside. This was the view from the sitting room this morning. 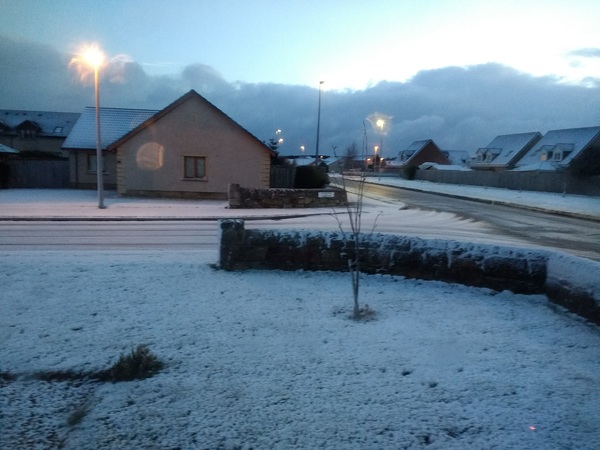 This morning it was very cold indoors, even after lighting the fire again so we had somewhere to huddle for a while.

Later a man from Worcester Bosch came to fix the boiler (for another £275, sigh1) and, to his credit he did that, although he did leave the house smelling of diesel.

Meanwhile I'd left Beth to look after the Worcester Bosch man as I had to go off to Raigmore Hospital in Inverness to see the epilepsy nurse. A slightly baroque travel plan - taxi, train, bus there; bus, train, feet home - got me through the day as I didn't want to drive in those condition and even Beth finds parking at Raigmore "challenging".

And while in Inverness as well as seeing the nurse I did some shopping so we'll (finally) have sofas in time for Christmas, which will be nice.

However the bad news is that it turns out the funnies I had last month were temporal lobe seizures so I've got to surrender my driving licence again.

Still, at least the house is warm!