It's our third wedding anniversary today. To be honest we'd both forgotten until late afternoon. For us it's not really three years, it's twelve and a half as we were together for nine and a half years before that. Now that is worth thinking about as I'm 48 this year so I've spent a quarter of my life with Beth.

Anyway we thought we should do something to celebrate so we decided we would risk The Golden Curry. This used to be our favourite restaurant but it drifted downhill and we haven't been for a couple of years but I'd got a positive report from someone a couple of weeks ago.

And they were right: they've got their act together. The portions are a bit smaller but the food is better, both fresher and tastier. And as I still didn't finish it completely I think the portions are just fine.

And when we got home we were greeted by a rather fine sunset just to round off the day. 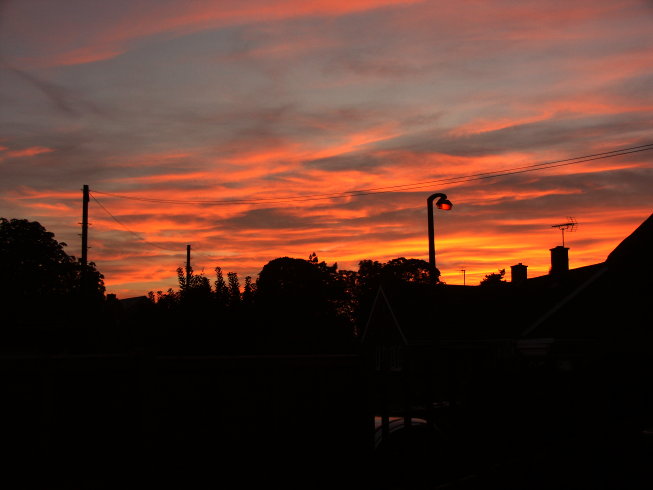 Oh, and it's my brother's tenth wedding anniversary today. Did we send him a card? No. We're useless. But then they didn't send us one either. We're none of us very organised about this stuff.