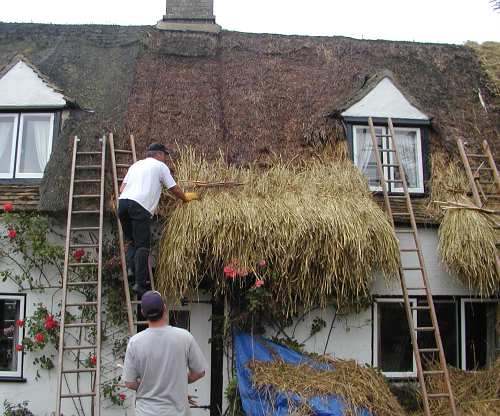 The thatcher is Brian Mizon and his lad is Tom. Here they've stripped off the top layer of straw on one half of the front of the thatch and are starting to lay in the new thatch working up from the bottom. 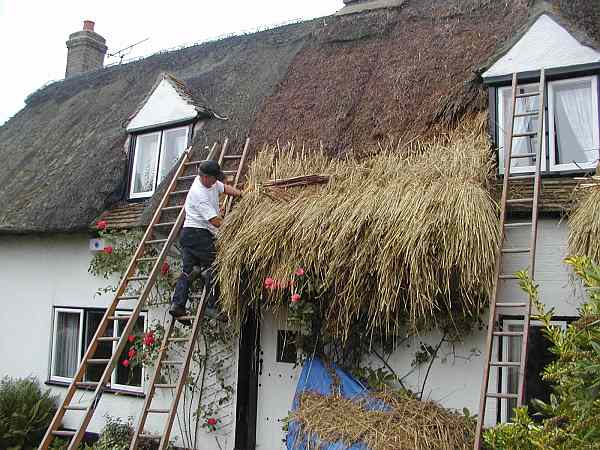 This thatch is long straw and Brian cuts his own straw. You can read more about him and see examples of his work on his web site. 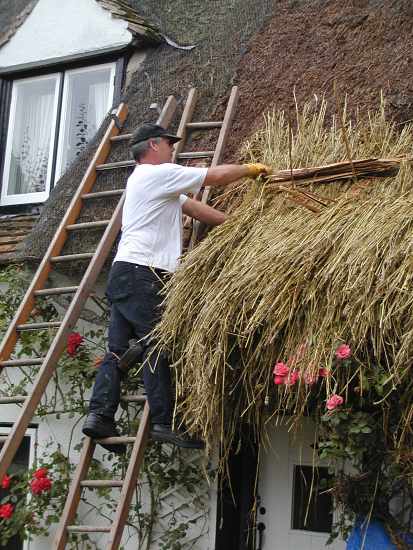 Today Brian and Tom made a lot of progress: half the roof is now covered. 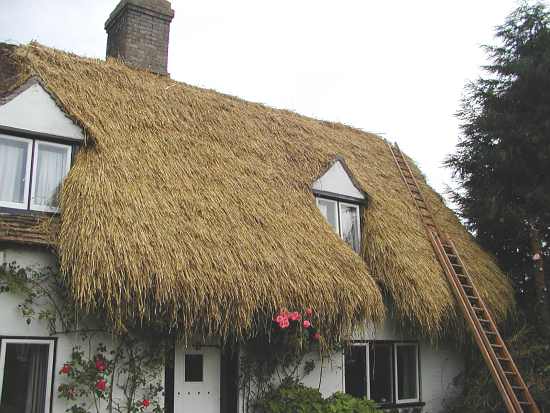 Talking to Pam it turns out that they are only doing this face and the ridge, the other side of the thatch, which gets more sun, still has some life in it. 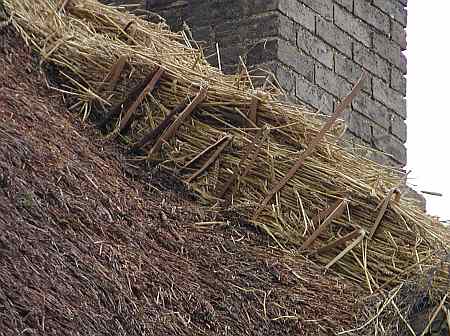 Here's a close up of the hazel wands used to hold the straw down. This is on the left end near the chimney, above the left hand window in the previous picture.

By the end of Friday Brian and Tom had three quarters of the front face covered in straw. 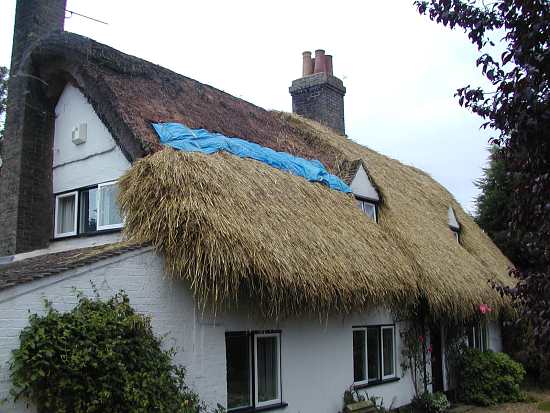 This is how it was left over the long Bank Holiday Weekend.