I missed a day, they were both here yesterday preparing the ridge, but I didn't take any pictures so you join us again on Tuesday morning with the thatch starting to take shape. The first proper shape appeared by ten o'clock. 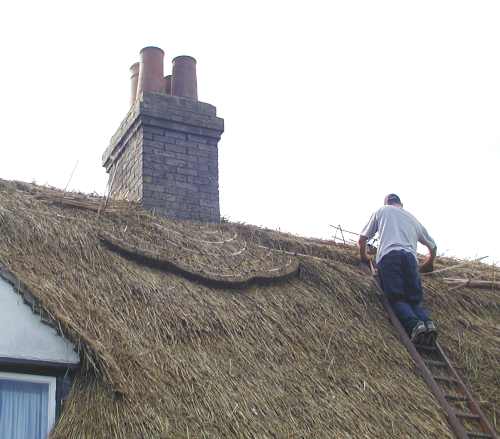 Brian and Tom were both working hard putting in more hazel and trimming the thatch. Here's Brian hard at it. 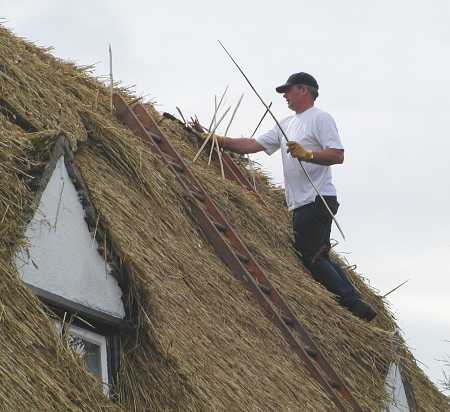 By midday a lot more of the ridge was looking rather fine. 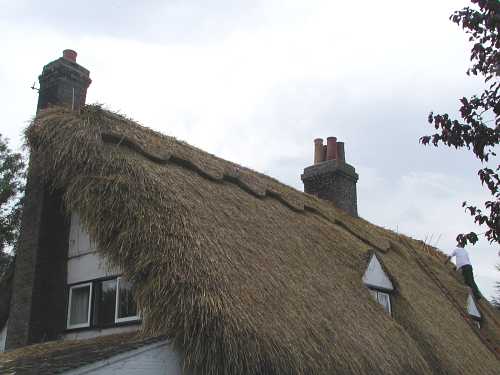 For some reason I didn't manage to get any pictures during the day today but Brian and Tom were getting on with shaping the ridge on the back of the house. 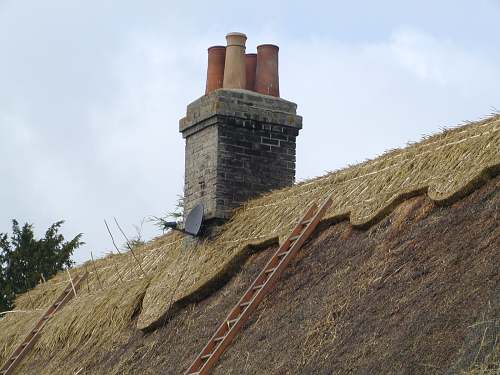 The also started trimming the front ...

... and, having missed the start of that the previous day I got in early today and caught Brian sharpening his knife (in the immortal words of Crocodile Dundee "now this is what I call a knife"). 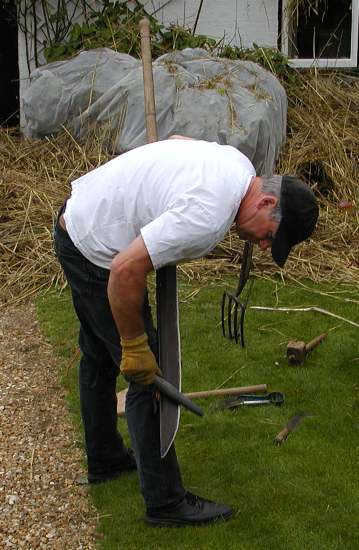 Before he cut the bottom of the thatch with it. It's a two handed job as you can see. 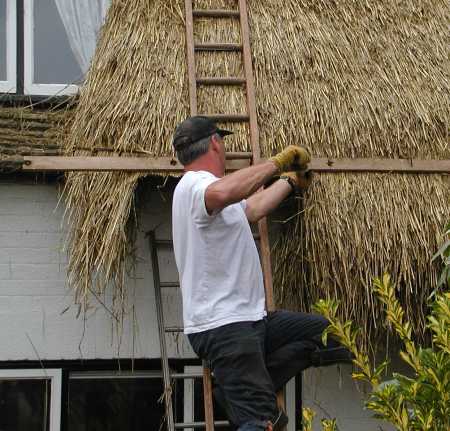 By the time they went home today it was looking much more like a finished thatch than the shaggy dog it has been thus far. They also chopped down some of the neighbour's conifers (with their permission), which has let some light in and should help the thatch last. 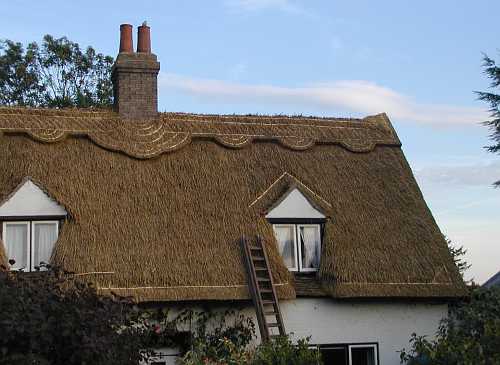 Today found then working on the end nearest us. Here Brian is cutting the thatch with that big knife. Hard work in poor weather: it was trying to rain. 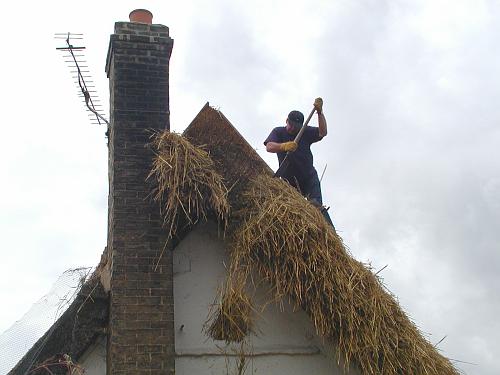 And by the end of the day, and in somewhat better weather, it looks rather fine with the wire netting in place. 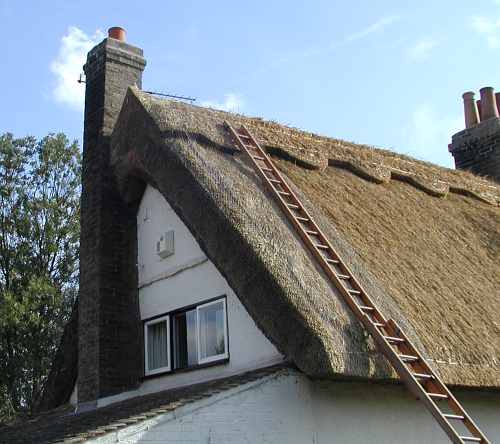