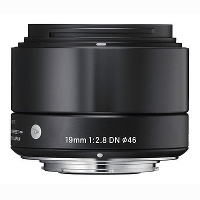 I wasn't well yesterday so I didn't really do much more than check it worked by taking a few photos in the garden and churchyard and update my image import script to put a better description in the Exif.Photo.LensModel field (out of the box you just get "E 19mm F2.8" - Sony don't want to dirty their EXIF data with the word "Sigma" even though they clearly know the lens spec).

But today I took it to Milton Country Park when I walked Jack and also wrote a new script to let me pick a point on the map using our mapping application, paste its location as a parameter string into the script and have it update the EXIF data. So for the image above for example I did:

where everything after the image file name is the raw location string straight off the mapping app. That put it on the map as you can see below. The focusing on this lens is a treat. It can do autofocus or manual (the main part of the body is the focus ring although it's "fly by wire" which is a bit odd after using a good old fashioned lens like the Minolta 35mm) but the camera also has a clever mode called "DMF". When you're in DMF mode then, if you press the shutter halfway, it autofocuses; nothing new there then. It also uses focus peaking to show you which bits of the image are in focus. If you then rotate the focus ring while keeping the shutter half down you take control of focus from that point and the camera zooms to the middle quarter(ish) of the image so you can then focus precisely. Once you stop rotating the focus ring and wait a couple of seconds you go back to seeing the full frame so you can confirm your framing before pressing the shutter.

Hence the photo above which has a very shallow depth of field as I had the aperture wide open but I could pick which berries to focus on.