With this lens you zoom in and out by sliding the turned part backward and forward along the body. It's not as sharp as some of my other lens but it does the job when you need a zoom. I bought it in August 2015 for about £40, initially to take to Dunsfold in 2015 (I also took the 16-50mm kit lens so all the pre-display photos in that album were taken with that). 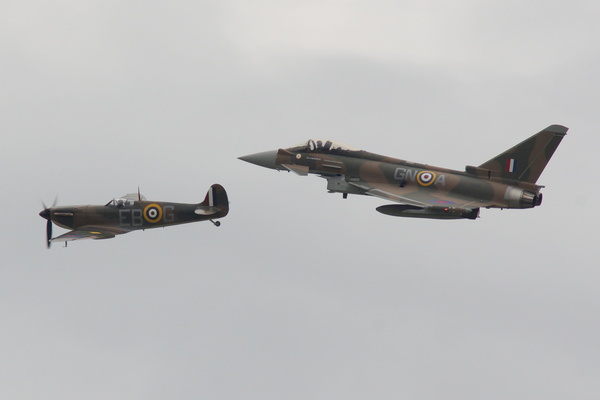 The main reason for going to Dunsfold was to see Vulcan XH558 during its last flying season but the Spitfire and Lightning pair was also very impressive.

Having full manual control of the lens, rather than relying on the dubious auto-focus of the Sony 70-210mm I had before made a big difference and I'm glad I switched to this as my big zoom.