As it's now a couple of days since I received my new Acer Aspire One D250 netbook I thought it worth writing down some initial impressions, both good and bad.

You'll not be surprised to learn that I've installed Linux on it, Xubuntu Karmic Koala 9.10 to be precise and I've been using it exclusively with that. 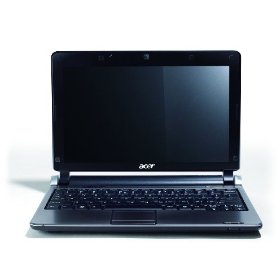