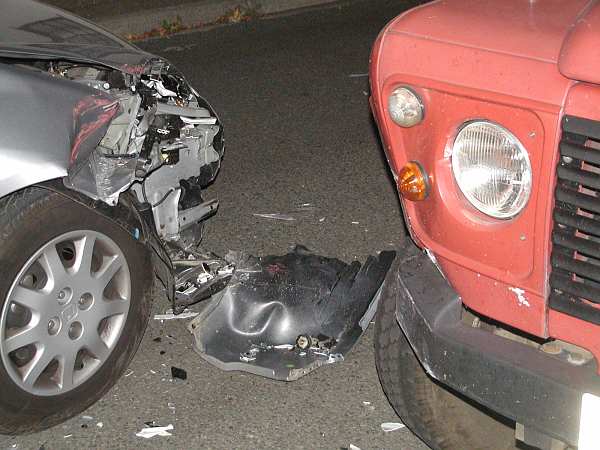 Arse! The only saving grace is that Rudolf, our SWB Land Rover, appears to have escaped with a bent bumper and wing, both easily replaceable. We would do it ourselves but since they're going to pay and getting a good match on the red would be tricky ...

As for the Honda: well the driver's side wing took most of the impact, as you can see. It's shunted back into the door pillar so the door won't close properly. The bonnet's also bent. If it wasn't so new I'd say they would write it off, but it may be worth salvaging if the shell isn't bent.