I have made focaccia a couple of times before using Paul Hollywood's recipe from The Great British Bake Off1. It's a lot of work doing it his way and messy too and we've speculated in the past that our bread machine might be able to help simplify things. 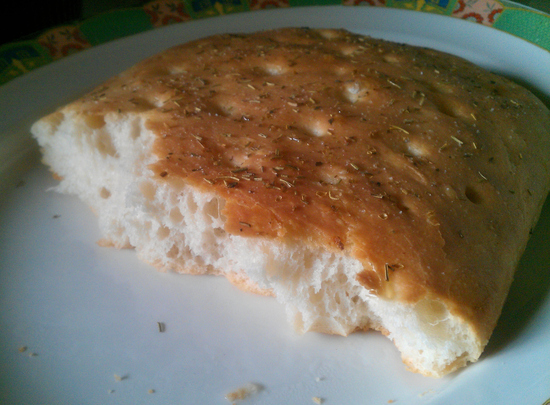 I tried that today and it worked so here is my version of his recipe. It's in half quantity as one focaccia is more than enough for the two of us for lunch (although we ate it all anyway). 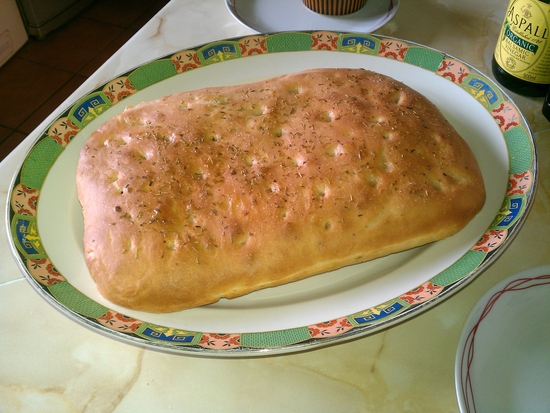 The final result fresh out of the oven

Note how little washing up there is: largely one glass oven dish and a baking tray, although as that's protected by the greaseproof paper it's not much effort. If you're anything like us, you never wash the bread making machine bowl so nothing to do there.

Hollywood's original recipe involves a lot of kneeding so you end up with work surfaces needing cleaning before, during, and afterwards not to mention the amount of times you have to wash your hands and the likelihood of splashing oil on your clothes.