I'm lying here on the sofa feeling crap at the moment so it's a good time to wibble for a bit, especially as we've had two letters through the door today from VirginMedia.

The reason is that we're moving our phone from the Post Office1 over to VirginMedia cable. 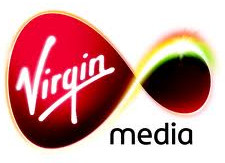 What started all this off was that I got pissed off with the ads that kept dropping through the letterbox offering excellent prices to new VirginMedia customers while the price of our broadband kept going up. We've been with VirginMedia for a long time, at least since they were NTL World2 (not quite back to Cambridge Cable though) and I was starting to think they were taking the piss.

Several people suggested calling them. So I did, saying we were thinking of leaving and was immediately offered a deal on broadband, then said, well in that case can you do me a deal on a phone line too? And he did. Excellent.

The price will theoretically rise by £5 two years from now when our "loyalty discount" comes to an end but apparently if we call and ask nicely he says we should be able to get that taken off again. The other thing we can consider is switching to annual line rental of £120 for the phone and then £14.40 for the broadband which would bring the price down to £14.40 per month so we'll probably do that.

So that's a result. VirginMedia have always been very reliable for connectivity and as far as I'm aware they're OK for phone service and now we're saving ourselves the best part of £300 a year while still the same line speed service, and £350 a year if we go for annual line rental.

All in all then I'm rather chuffed with that and I'm only annoyed that it's taken me so long to get around to doing it.

And if you're a long time VirginMedia customer too and you're on the old rates then you might like to think about doing the same thing ...