My Panasonic TZ7 came today. I've spent far too long poring over camera specs trying to decide what "point and shot" to get next and in the end this was the one I went for. 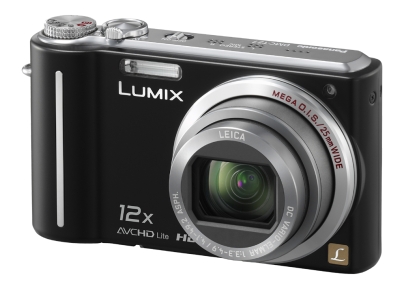 I wasn't looking for a serious camera where I could set aperture, shutter and ISO, I've got my Minolta DiMAGE A2 for that, but I sold my JVC Everio video camera a couple of months ago and wanted something which would do video and, ideally, something which was a bit better than my trusty Sony Ericsson K800i phone for stills.

So here's a few samples. Click on the images to take you through to the photo album which has the EXIF data and a link to the full size version.

Butterfly on a buddleia in the front garden

And here's a video. It's of Deep Pool in the Country Park. Bear in mind this a 576x324 Flash video, the original off the camera is a 1280x720 Quicktime video so is rather better. This is still pretty good though.

Here's another video of some swans. Although the original is lovely this Flash version worked less well with lots of artefacts. Those ripples in the water are very hard for the ferocious Flash video compression to cope with. Just to give you some idea the original 1280x720 Quicktime video off the camera is 56MB. The 576x324 Flash video is 1.1MB!

There's forty photos and videos here. Although some didn't work I'm impressed that generally I'm getting very good results. The only thing I don't like is that when you look at the originals it's obvious that the camera is applying quite harsh sharpening to each image.