So, to summarise then: bull terrier attacks Jessie, Beth intervenes, is knocked over and breaks a metatarsal in her foot (we discover later). Meanwhile I'm about 100m away with Jack and hear Beth scream so come running back with Jack (probably a mistake in retrospect).

Jack and dog then get into a fight briefly until they're separated leaving him with a cut under his left eye. (I've got owner's name, address and phone number by the way.) 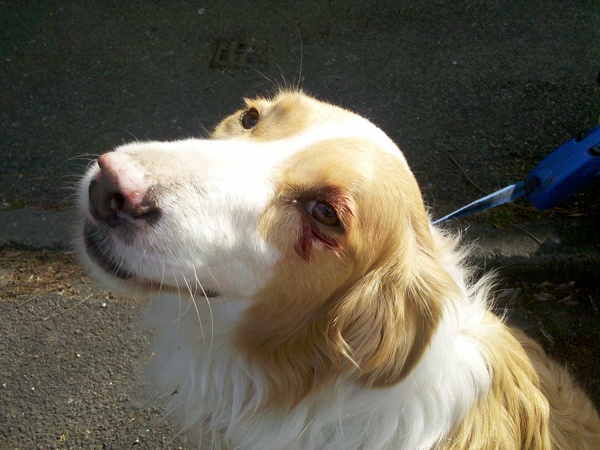 So I'm now left with a sliding block puzzle of getting Beth and two dogs home, getting Jack to the vets so they can stabilise him, and then getting Beth across Cambridge in the middle of the rush hour and into A&E with her unable to do more than hobble.

Jack's back to the vet tomorrow for an operation to put stitches in that wound. Beth has to wear a ski boot like thing for walking for the next couple of weeks and has to take it easy for the next six weeks or so.