We've just got back from three weeks in Scotland in Florence. The first week we drove up via Braemar to Ullapool for the book festival. The second week we drove down to Skye with a short diversion to loop over Applecross. After a few days on Skye we took the ferry off to Mallaig and headed south onto the Ardnamurchan peninsular before taking another ferry onto Mull which took us into the third week. 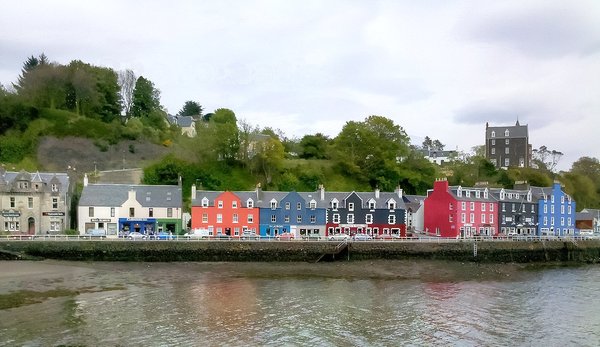 Tobermory on Mull with its amazing painted houses

Our final ferry took us off Mull onto Morvern and from there we drove up and around to Fort William to meet up with some people at Glencoe for the last few days of our trip.

Anyway here's some things that'll stick in my mind: