Among the many reasons that I'm pissed off with the Lib Dems at the moment1 you can now add another: they're taking my Twitter tweets out of context. 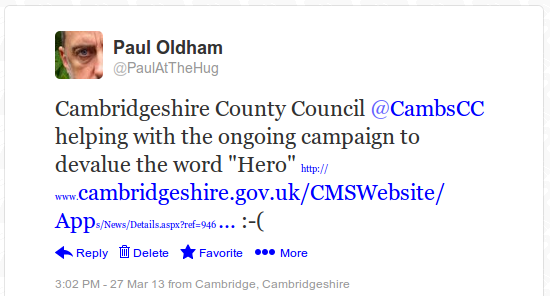 as I was annoyed by this County Council press release referring to their gritter drivers as "heroes". This is a particularly touchy subject with me. I think the word "hero" has been seriously devalued in recent times but this one really took the biscuit2.

Anyway tonight I got told my Twitter that a tweet from @BoroLibDems mentioned me. It did, it said "Local Councils Daily is out! [...] Top stories today via @PaulAtTheHug".

I was bemused so I followed their link and there it was: 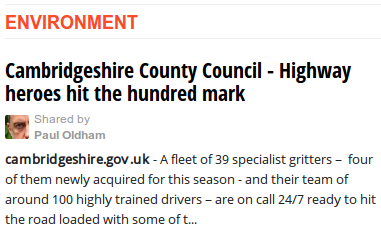 They're using paper.li to create a page by aggregating other people's postings and as you can see they had taken my link, but not my words, so it looks like I'm sharing the link and, implicitly, endorsing it.

I have made my displeasure clear.