I know a lot of people use it but I'm not a great fan of Facebook Messenger. I think part of the reason is that it's imposed upon you: if you use Facebook then, implicitly, you are using Messenger. I can find no way of saying "I don't use Messenger" and people assume you do. So they message you anyway. Sometimes about stuff that matters, and that's a problem. 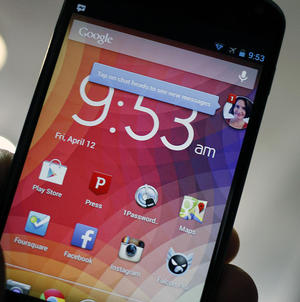 If you use Facebook on your desktop you'll get to know about it eventually but if, like the majority of people now, you're using Facebook on your mobile device then Messenger is now a separate application which you may or may not have installed.

If you do on Android then you get an alert and the most annoying feature: the floating "chat head". Why Facebook do this rather than using alerts like everyone else I've no idea. Frankly I'm amazed that the Android UI even supports it but it's a pain as it sits on top of your existing apps (and in my case on my phone the whole home screen is covered with apps, unlike the stock image shown here). So you have to drag and dismiss it.

Thankfully there is a solution, which I only discovered recently: you can turn "chat heads" off in Messenger settings.

But fundamentally I don't like being opted in to a messenger service with no option of avoiding it other than leaving Facebook1. I have looked around for an auto-responder, that replies to any message I get with a permanent "out of office" type reply, but there doesn't seem to be one.

Anyway, if you do want to message me then use SMS or the most excellent Telegram (which is what Beth and I use all the time now)2.

There are desktop clients (including for Linux, although the way they package the software is a bit odd), mobile apps for Android, iOS, Windows Phone and Firefox OS, and a web app if you just want to run it from your browser. There's even a Linux CLI app (which I must get around to trying).

It's free forever, secure, and you can send attachments with the messages too (so we often use it to send photos to and fro). Take a look, I think you'll like it.