Only days after the rather unfortunate incident where the Grade II listed cottage opposite our house was hit by our neighbour comes news that All Saints', the parish church of Fleet in Hampshire where I grew up and where I worshipped and, latterly, took communion most Sundays was torched by a 16 year old1 two weeks ago.

You can read a full report, with both photos and video here and Hampshire Fire and Rescue Service's Fleet crew tweeted this photo from inside.

For comparison you can also see a good (HDR) photo taken before the fire on the Telegraph web site.

It too was Grade II listed, and was built in 1862. My parents, especially my father, still worship there. Although the congregation has dwindled in recent years, being little more than 100-150 now, it's still an important part of the town as many people are baptised, dispatched and, especially, married there. 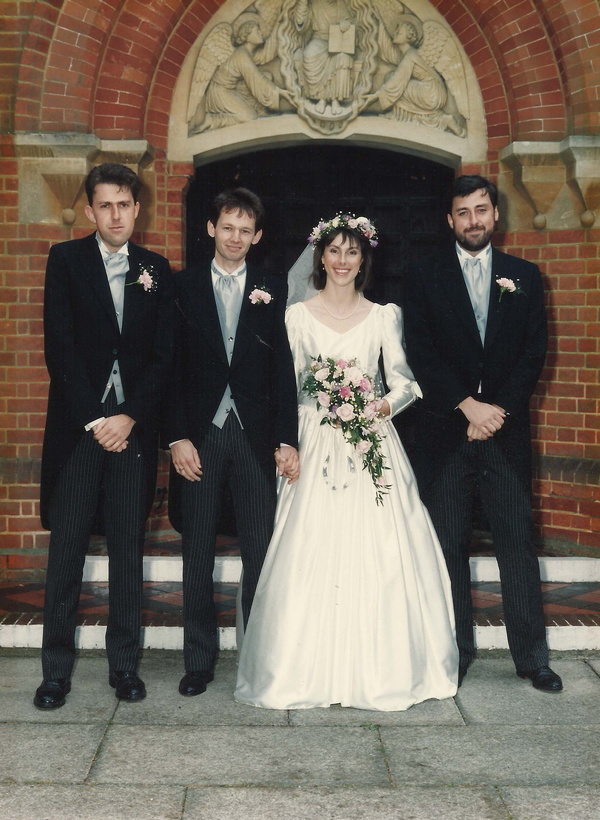 Mark, Martin, Ruth and me at Martin and Ruth's wedding outside All Saints'