I've been a bit lax about writing about the move since my first post mainly because it's been a bit non-stop. Anyway, here's a brief overview.

As I reported before we headed back to Milton after a week or so to start packing and, equally importantly, getting rid of stuff. In this regard two things helped:

While we were doing some serious life laundry and throwing stuff out we also sold Big Blue for far too little money to someone in the village and he happily drove off in it one morning.

A sad day but there you are: it was time. And we did have a lot of fun in it over the years.

We have picked Proctor to move us at a cost of the best part of £3,000 but given that it took four men to fill the van on Monday morning, then two to drive it to Scotland on Monday afternoon and Tuesday, unload it on Wednesday, and then drive back on Wednesday and Thursday that's a lot of man days never mind their other costs. 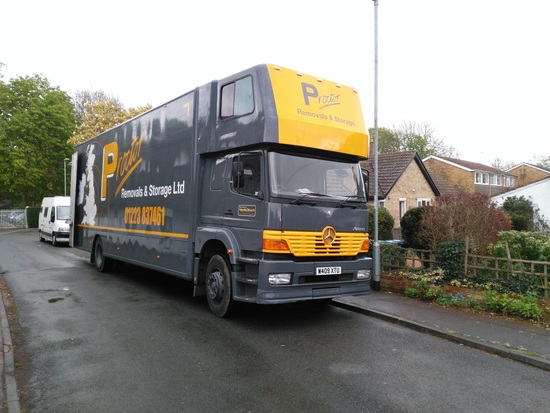 They were also very good at providing us with a lot of boxes and other packing materials for the move. 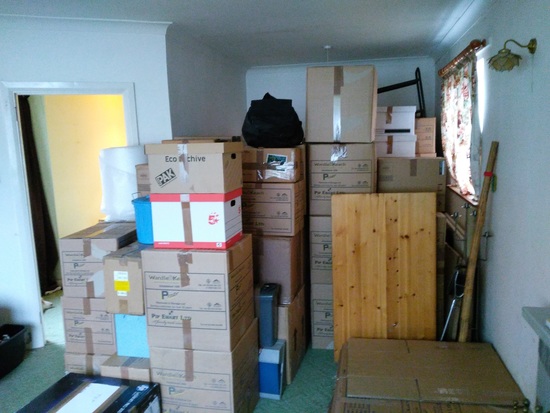 Most of our worldly goods from the house

Once their lorry had set off on the Monday the rest of our plan kicked in. The ADSL for the new house was being installed on Tuesday and would need someone there2 but Beth had to see someone in Milton on Tuesday lunchtime to sell something which we weren't taking so I took the sleeper to Inverness and on to Nairn again arriving there at 9:15am. 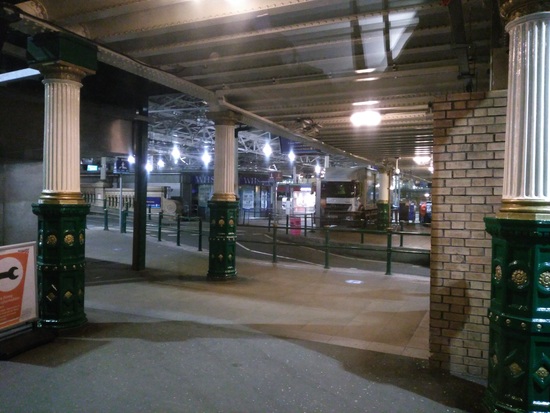 Of course the problem then was that it was going to be nearer mid-day before the keys were released. So off to Café Nairn for breakfast and then I wandered around the place until lunchtime when, while sitting in another café having lunch, the phone rang and my solicitor said I could collect the keys from the sellers' estate agent.

After a bit of faffing about I got the keys and walked out to Old Bar Road (narrowly missing a hailstorm) only to find they hadn't quite left yet. No sign of then but one car was still on the drive and odd things were scattered about however they turned up shortly afterwards and we had a chat, read the meters together, and they wandered off leaving me in charge.

Beth finally arrived after midnight due to a lorry fire on the M74.

Wednesday Proctor's truck was there bright and early and they unpacked. Blimey, we've still got a lot of stuff, even after throwing so much away!

So we then had a few weeks in Nairn settling in to the new house, unpacking, meeting neighbours and also the odd bit of exploring.

Then the week before the late May bank holiday we headed back to Church Lane, hopefully for the last time, to clean and fettle the bungalow. A big tub of trade magnolia from the Dulux Paint Centre at the other end of the village proved invaluable and we re-painted the sitting room, half of the hall, our bedroom, and the back lobby.

We also dumped our old sofas and the mattress from the guest bedroom, which we'd left behind when we moved, so by Friday morning we'd got the place tidy, had the estate agent round to take pictures and put it on the market, and we were ready to go off with the gang to Southwold camp site for the bank holiday weekend. 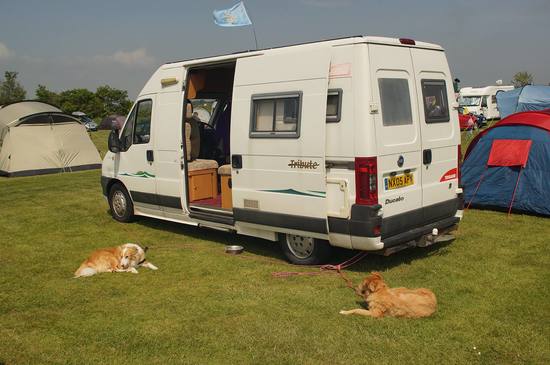 Jack and Jessie laze in the sun at Southwold

Monday night we came back to Milton, vacuumed around one last time, locked up and slept the night in Florence on the drive before getting up at 4am for a 5am start.

We were home in Nairn by 6pm.