Yesterday we went for a circular walk in north Essex, starting in Elmdon and walking south to the highest point in Essex (a not very stunning 147 metres) before returning via Chrishall. This is another walk from Matthew Fry's web site but with two changes.

Firstly we started from Elmdon rather than Chrishall as the OS map claimed there was a car park there (there wasn't, so we just parked on the verge by the phone box). Secondly after our experience last time with one of Matthew's walks I was a bit paranoid about walking across fields as it had rained the night before so, having looked at the route via Google Map's aerial photography, we diverted around one bit of it and used a country lane. 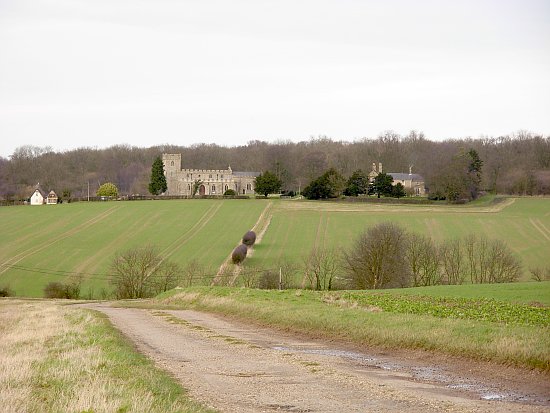 Both Beth and I took photos of the church at Chrishall (which was Matthew's start point). The photo above is Beth's taken with her Nikon Coolpix L5 from across the valley at Chiswick Hall. The photo below is one I took with my phone from the churchyard (which you have to cross). 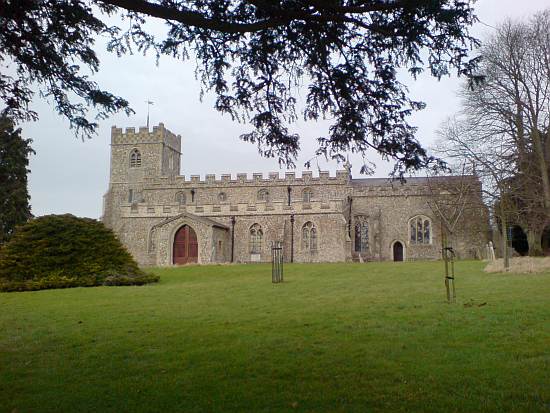 We also came across these sheep. They rushed over to use thinking we were going to feed them and looked very disappointed when we didn't. They had a ram with them (second from left) and he had his raddle strapped on so the farmer can see which ewes he's served). 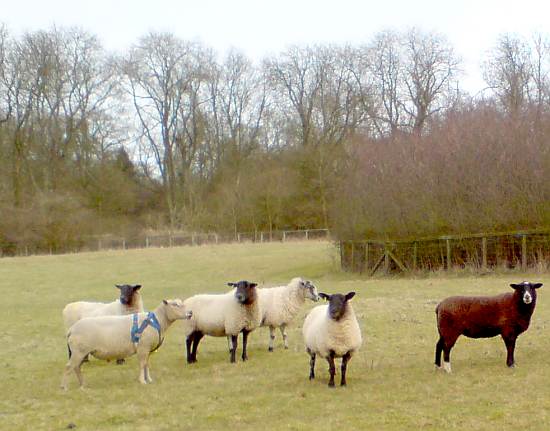 We also have some excitement on this walk, but I'll talk about that in another posting as I've got some more photos to upload. For now here's the GPX file (GPS Exchange, 0KB) for the route if you want to put it in your GPS before you go and here it is on Google Maps.