Those of you who've been to our house know that the sitting room HiFi is of a great age, something of which I've remained stubbornly proud, not least because I get a great sound out if it. The input components have come and gone: the record deck, the tape deck, the tuner(s), the mini-disc player have long since departed but the core component - the Sansui AU-317 amplifier has been with me since 1982 or thereabouts.

That amplifier was made from 1977-79 and I bought mine second hand from a hardware engineer at my first job after university. I turned out to be a sound (ho ho) investment. It's an amp whose praises people are still singing today.

Over time the input selector switch had got a little cranky so I've used an external input selector and the only control I was left using was the volume knob.

The remaining inputs were the Squeezebox Classic which plays our CD collection plus whatever radio stations we want, mainly BBC iPlayer both live streamed and not and, latterly the Google Chromecast and then the Amazon Fire Stick, both through an HDMI audio splitter (although that did mean plugging the right one in first, which was getting tedious).

I originally had a pair of Mordant Short MS-15 speakers but, after we moved to Milton, someone in the village was selling their Wharfedale E70s, great big speakers (815mm high by 342mm wide) with lovely great woofers, one mid range and two tweeters. They're from a similar era to the Sansui, launched in 1977 according to this recent article1 and paired with that they produced a great sound with lots of bass for the sort of music we like, from Motörhead to the Verdi Requiem.

So why am I telling you this tale? Well, as I mentioned here before when talking about the Amazon Fire Stick, one of my frustrations was the lack of any volume control on the Stick which meant getting up from the sofa and fiddling with the volume on the Sansui several times at the start of any movie2. So I started to look around on eBay at remote controlled pre-amps, thinking I could pair one with the Sansui, when this caught my eye.

That's an Onkyo TX-SR608 "AV Receiver"3 and it solved all the problems I was having with the existing set up:

Which was all very fine. It wasn't perfect though. The audio seemed ... a bit poor compared to the Sansui, tinny and lacking in bass. 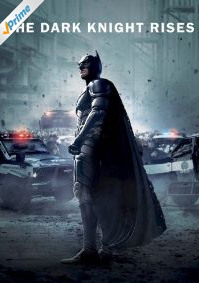 But it got better. Dealing with things out of chronological order but I ordered some more speaker cable and then dug the MS-15s out of the loft and wired those in as surround sound speakers. Today I let the Onkyo listen to the room4 and then program itself for the acoustics and the speakers it had. Tonight we watched The Dark Knight Rises for the first time on Amazon Prime Instant Video5 and, blimey, was it impressive.

It's a fine movie anyway but the audio was just stunning. Huge booming bass and genuine surround sound. All in our sitting room. No need for an additional sub-woofer with those E70 speakers either, they are clearly more than man enough for the job on their own!

So the one remaining issue was the Squeezebox Classic. Now when I power everything up, which I do so via a remote switch, both the amp and monitor come on. With the Squeezebox Classic there's nothing to see as the output is audio only so you get a blue screen (although not of death!) most of the time, unless you're changing volume level or similar.

So it was back to using my spare Raspberry Pi with piCorePlayer and Jive Lite installed on it. JiveLite is permanently in screensaver mode as I'm not using a touch screen and I've got the screensaver set to "Now Playing".

The consequence of this is that when I'm playing anything via the Squeezebox Server on the HiFi then, if it's on, the monitor tells me what artist, album and track is playing plus displays the album cover art if we have it (which we do for about 80% of our CDs).

The added highlight of doing this with the Onkyo is that one weakness of piCorePlayer is that the on board DAC on the Pi isn't that great, to the point where it's recommended that you buy another one as a daughter board or use USB. But it also support 24 bit audio over HDMI. So that means I'm now delivering the audio to the Onkyo as a digital stream rather than analogue. I strongly suspect the the Onkyo converts analogue inputs to digital as an opening gambit so doing it this was removes the DAD step. Which is all to the good.

So overall I'm very happy with this new arrangement and, having looked at the second hand prices Sansui AU-317s are going for on eBay, plus I've now got an HDMI audio splitter going spare, I think the nett cost of this move may end up being close to zero.